UN Identifies Drought As “Next Pandemic” 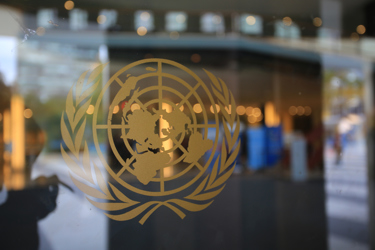 As the world continues on the road to recovery from the global COVID-19 crisis, its preeminent international relations body already sees the next pandemic on the horizon: source water scarcity.

“The United Nations (U.N.) announced that drought is at risk of becoming ‘the next pandemic’ if urgent action isn’t taken to tackle climate change through water and land management,” The Hill reported. “About 1.5 billion people have suffered from the effects of droughts this century, with the land devastation, food insecurity and other subsequent factors leading to economic costs of an estimated $124 billion.”

Though the problem is global, sections of the United States serve as clear examples of this growing issue. States like Utah, California, Nevada, and Arizona are all facing extremely hot temperatures this season, which can pose threats to residents’ health.

“More than 48 million people throughout the Southwest are under heat advisory warnings from the National Weather Service,” per The Hill. “Some scientists believe the Western United States is on the verge of a permanent drought, which is characterized by an unchanging dry climate, sparse vegetation and increased risk of wildfire.”

Those states reliant on Lake Mead, which is approaching its lowest levels in history, have reached out for help. In a first, Las Vegas water officials are working to ban nonfunctional grass to save water. And Georgia and Florida were recently locked in a court battle to determine their rights to precious source water.

But the UN views this is a global pandemic because of its pervasiveness across the world. If the problem continues unfettered, it would ultimately affect far more people than COVID-19 and the results could be deadly.

“About 130 countries could face a greater risk of drought this century under a high-emissions scenario cited by the U.N.,” Reuters reported. “Another 23 countries will confront water shortages because of population growth, with 38 nations affected by both, it said. Drought — like a virus — tends to last a long time, have a wide geographic reach and cause knock-on damage.”